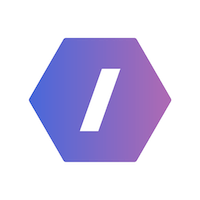 An application programming interface is a computing interface that defines interactions between multiple software intermediaries.

Here is a list of coding interview questions on API Design to help you get ready for your next technical interview in 2021.

👉 You can check all 46 API Design tech interview questions here

REST stands for REpresentational State Transfer. REST is web standards based architecture and uses HTTP Protocol for data communication. It revolves around resource where every component is a resource and a resource is accessed by a common interface using HTTP standard methods. REST was first introduced by Roy Fielding in 2000.

In REST architecture, a REST Server simply provides access to resources and REST client accesses and presents the resources. Here each resource is identified by URIs/ global IDs. REST uses various representations to represent a resource like text, JSON and XML. Now a days JSON is the most popular format being used in web services.

🔹 2. What are the core components of a HTTP Request?

A Service Oriented Architecture (SOA) is basically defined as an architectural pattern consisting of services. Here application components provide services to the other components using communication protocol over the network. This communication involves data exchanging or some coordination activity between services.

🔹 4. What are advantages of REST web services?

Some of the advantages of REST web services are:

🔹 5. Mention some key characteristics of REST?

Some key characteristics of REST includes

🔹 6. Mention whether you can use GET request instead of PUT to create a resource?

No, you are not supposed to use POST or GET. GET operations should only have view rights

🔹 8. What are different types of Web Services?

There are two types of web services:

🔹 9. Mention what are resources in a REST architecture?

Resources are identified by logical URLs; it is the key element of a RESTful design. Unlike, SOAP web services in REST, you view the product data as a resource and this resource should contain all the required information.

The architectural style for creating web api are

🔹 11. What are the advantages of Web Services?

Some of the advantages of web services are:

SOAP stands for Simple Object Access Protocol. SOAP is an XML based industry standard protocol for designing and developing web services. Since it’s XML based, it’s platform and language independent. So our server can be based on JAVA and client can be on .NET, PHP etc. and vice versa.

🔹 13. What's the difference between REST & RESTful?

🔹 14. WebSockets vs Rest API for real time data? Which to choose?

I need to constantly access a server to get real time data of financial instruments. The price is constantly changing so I need to request new prices every 0.5 seconds. Which kind if API would you recommend?

The most efficient operation for what you're describing would be to use a webSocket connection between client and server and have the server send updated price information directly to the client over the webSocket ONLY when the price changes by some meaningful amount or when some minimum amount of time has elapsed and the price has changed.

Here's a comparison of the networking operations involved in sending a price change over an already open webSocket vs. making a REST call.

As you can see there's a lot more going on in the Rest/Ajax call from a networking point of view because a new connection has to be established for every new call whereas the webSocket uses an already open call. In addition, in the webSocket cases, the server just sends the client new data when new data is available - the client doens't have to regularly request it.

A webSocket can also be faster and easier on your networking infrastructure simply because fewer network operations are involved to simply send a packet over an already open webSocket connection versus creating a new connection for each REST/Ajax call, sending new data, then closing the connection. How much of a difference/improvement this makes in your particular application would be something you'd have to measure to really know.

🔹 15. Mention what is the difference between PUT and POST?

POST sends data to a particular URI and expects the resource at that URI to deal with the request. The web server at this point can decide what to do with the data in the context of specified resource

PUT is idempotent meaning, invoking it any number of times will not have an impact on resources.

However, POST is not idempotent, meaning if you invoke POST multiple times it keeps creating more resources


Thanks 🙌 for reading and good luck on your next tech interview!
Explore 3800+ dev interview question here 👉 Devinterview.io
#apis#rest-api#api#api-basics#technical-interview
Share this